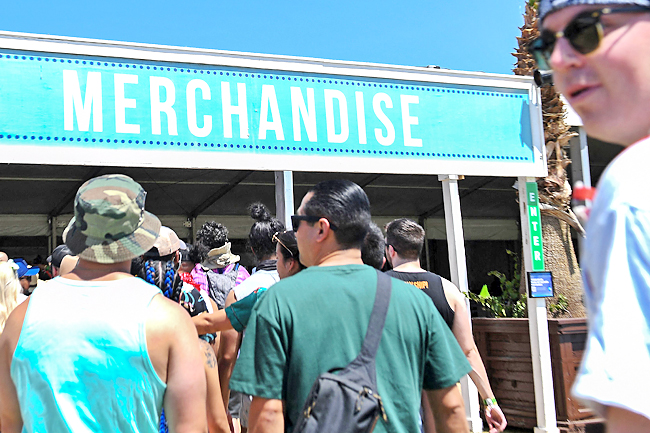 INDIO, UNITED STATES (AFP) – “We’ve been waiting for this for years!” exclaimed Jesus Medina as he handed out burritos to the hungry masses at Coachella, the music festival that has returned to the California desert after three years.

After a Covid-induced hiatus, businesses in the Coachella Valley are thriving with the return of one of music’s most touted events, a boon for the region that counts festivals as a key to its economic engine.

With a population of just over 90,000, Indio’s motto is “The City of Festivals,” events that bring in at least $3 million in direct revenue, according to city figures, which includes tickets and camper transitory occupancy taxes.

Benefits to businesses, from stores to hotels to gas stations, pushed that figure even higher — until the pandemic shut down live performances and put Coachella on indefinite hiatus.

“We had everything ready in 2020, but the pandemic canceled everything,” Medina told AFP in Spanish. His company “Cena Vegana” sold more than a thousand burritos on the opening day of Coachella.

“It doesn’t stop, the queues are endless – it’s a great opportunity for us.” 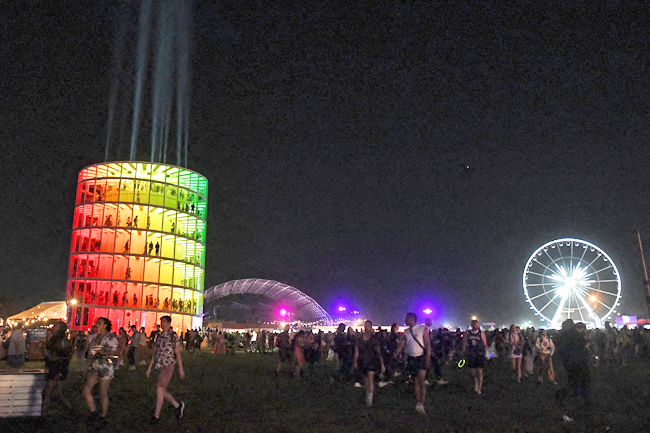 Thousands of people occupy hotels in nearby areas, including Palm Springs, the resort town bordered by the San Jacinto Mountains and known for its palm trees, golf courses and spas.

Business has been “quiet for years, a few years, but we’re full and busy,” said Zoso Hotel manager Char Pershind.

Almost all of Zoso’s 162 rooms are booked by people attending and working at the festival, and virtually everything is sold out for the second weekend of the event.

In 2019, the last time Coachella attendees descended on the Valley, Pershind worked at another hotel and said that this year many more people were in town for the shows.

“People have been locked up for so long…they want to get out and enjoy the air,” she said. “I know they come for the music – but they come for so much more.”

For Mitchell Car, who works at a bustling vintage clothing and accessories store, Coachella is a golden opportunity to boost sales.

“Often people come and they don’t have their outfits on,” Car told AFP.

This year the festival is giving a 1970s vibe with bell-shaped silhouettes from days gone by, as well as bursts of neon and glitter adding sparkle to the Empire Polo Club grounds where the scenes pop up each year. .

“They’re always looking: what’s hot? What is unique? said Car, whose main clientele comes from New York, San Francisco and Los Angeles. “I had Harry Styles’ photographer in the store the other day.”

“At the beginning, it was a bit difficult for us, because it was the first time that we used this sales model,” he explains to AFP. “But when people started arriving in the middle of the afternoon, we were ready.

A few yards away, Coachella revelers line up to hang souvenirs celebrating the return of the festival.

In the official store, it took people an hour and a half to reach the front of the line where around 20 people were handing out goods, with the most expensive item clocking in at $150 for a 2022 sweatshirt.

“Some people have spent thousands of dollars,” said a seller who wished to remain anonymous.

Charlie Dawson, who flew in from New York, told AFP he just wanted “something, whatever – a reminder that I was here”. It’s his seventh Coachella: “I couldn’t wait to come back.”

Elite Members: Dropping a hotel reservation if you’re not upgraded?