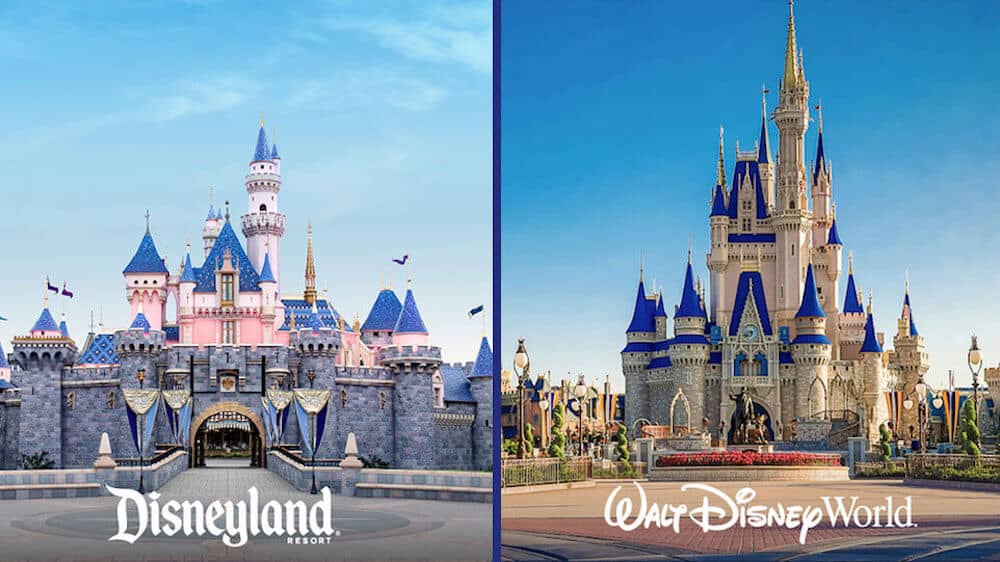 It’s no surprise that Disney parks have been different lately. From missing rides and attractions to live shows and entertainment, since COVD-19 took over the world, Disney parks have all faced their own unique struggles and challenges.

One of the most recent additions to Walt Disney World Resort, following the reopening of Magic Kingdom, EPCOT, Disney’s Animal Kingdom and Disney’s Hollywood Studios, was that Disney Parks Passes are now required to enter a park. .

Before the pandemic, guests could purchase a ticket for a specific date and enter without issue. Now visitors need to make sure parks have space for them and make a reservation for the park they are visiting. This has caused many headaches and confusion for guests just trying to have a magical vacation at the resort, as guests have to follow Magic Kingdom, EPCOT, Hollywood Studios, and Animal Kingdom.

This reservation system isn’t all that worrisome at the Disneyland Resort in Anaheim, California, as a TikTok by Cole Manning (@bibbidi.bobbidi.beard) explains:

As you can see, the guest explains how much easier visiting Disneyland is than visiting Walt Disney World Resort in Orland, Florida. Disneyland requires visitors to make a reservation alongside their ticket purchase, but does not limit when visitors can transfer between parks.

The two Disneyland parks, Disneyland and Disneyland California Adventure are side by side, which means that visitors can jump from one to the other without any constraints. More information on Disneyland’s reservation and ticketing system here.

Learn more about how the Disney World reservation system works:

The magic is ready and waiting for you at Walt Disney World Resort!

There are a few important things you need to know before visiting:

At Disneyland, there are so many things for visitors to do! Now that mask wearing has been removed for fully vaccinated guests, guests can enter buildings without face coverings if they wish. Walking to Sleeping Beauty’s castle is always a dream, especially when you can step inside and relive the story of Aurora and Maleficent. Classics like “It’s a Small World”, Pirates of the Caribbean, Mr. Toad’s Wild Ride, The Haunted Mansion, Matterhorn Bobsleds, Splash Mountain, and more will have you feeling the magic and making you crave a churro ! Toontown is currently preparing for a massive change that will be revealed in 2023 with the reopening of the land and the debut of Mickey and Minnie’s Runaway Railway. Plus, now at Disneyland, visitors can enjoy Star Wars: Galaxy’s Edge for blue milk or green milk, and ride Rise of the Resistance and Smuggler’s Run. Now visitors can also enjoy Disneyland Forever and the Main Street Electrical Parade!

Which Disney park is your favorite?

How to protect your organization from website accessibility disputes