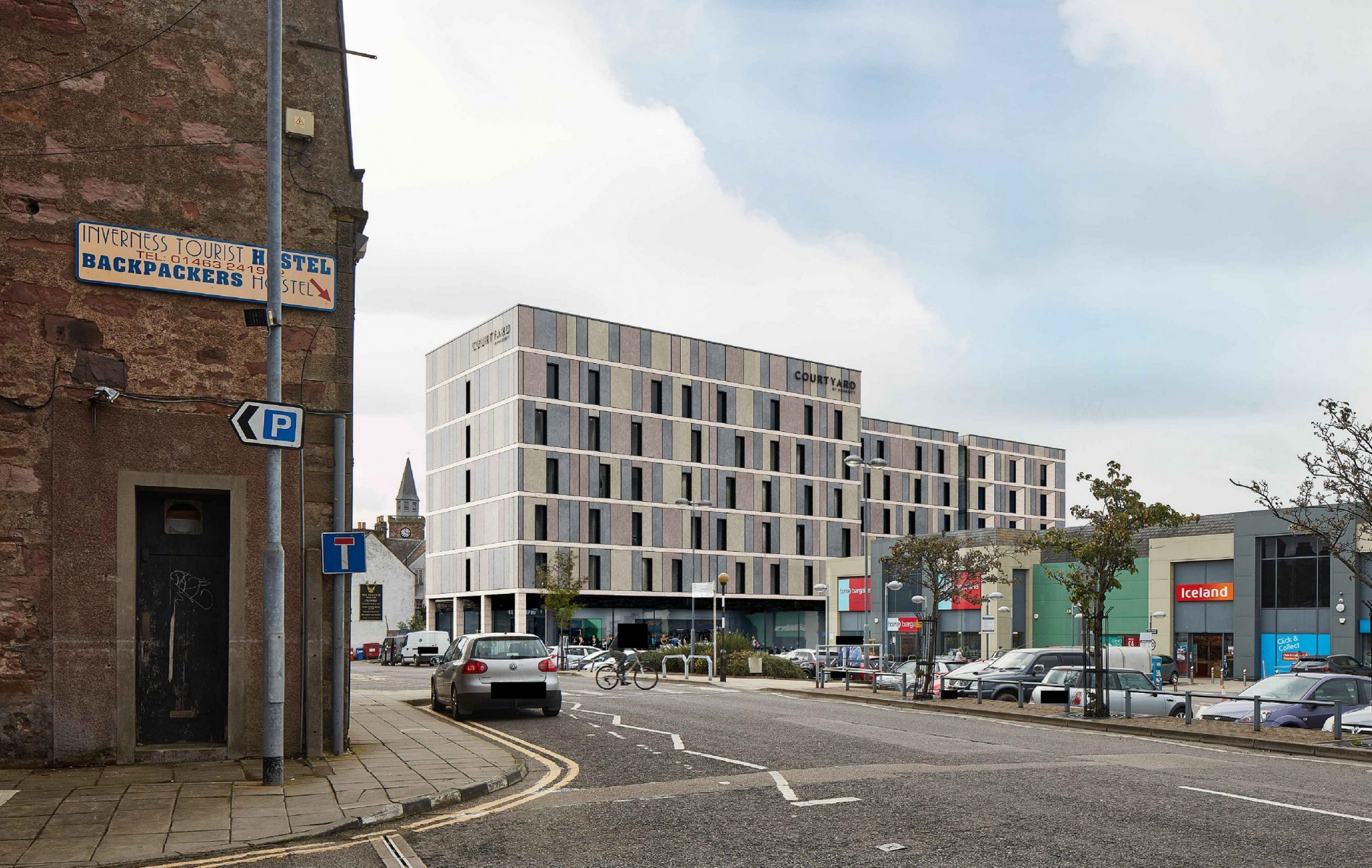 The candidacy of Brick capital at 122B Academy Street for the demolition of a building and the construction of a hotel, the formation of the Class 11 business unit is on an L-shaped site on land facing Academy Street on the current site of the Ironworks music room to Rose Street.

Conceived by KKA Architecture, the submission followed the advice of the council’s planning officers – with revisions made to protect the skyline.

Following the recommendations of the planning officer, the council stated that the request had been refused for the following reasons: their parameters – Dunbar hospital; the former Farraline Park school and the Old High Church – due to the scale, mass and design of the hotel and would not demonstrate a sensitive location and high quality design in keeping with local character and the historic environment and using appropriate materials.

â€œNor would the development make a positive contribution to the architectural and visual quality of the place in which it would fit; and would have an unacceptable impact on built heritage resources, contrary to Policy 28 (Sustainable Design); 29 (quality of design and creation of places); and 57 (Natural, built and cultural heritage) of the Highland-wide Local Development Plan 2013, as well as the relevant provisions of the Inverness City Center Development Brief Supplementary Guidance with respect to this site.

â€œDevelopment, if implemented, would not adhere to the principles of creating key places for new development as set out in the Inverness City Center Development Brief 2018, in that the scale, mass and development design would negatively impact key views. at Old High Church, Church Lane and part of other historic buildings near the site; would not make it possible to safeguard the framework of the built heritage and to preserve the character and the distinctive character of the heritage assets; and the height, scale and mass of the development would not conform to the predominant pattern of the adjacent historic urban fabric.