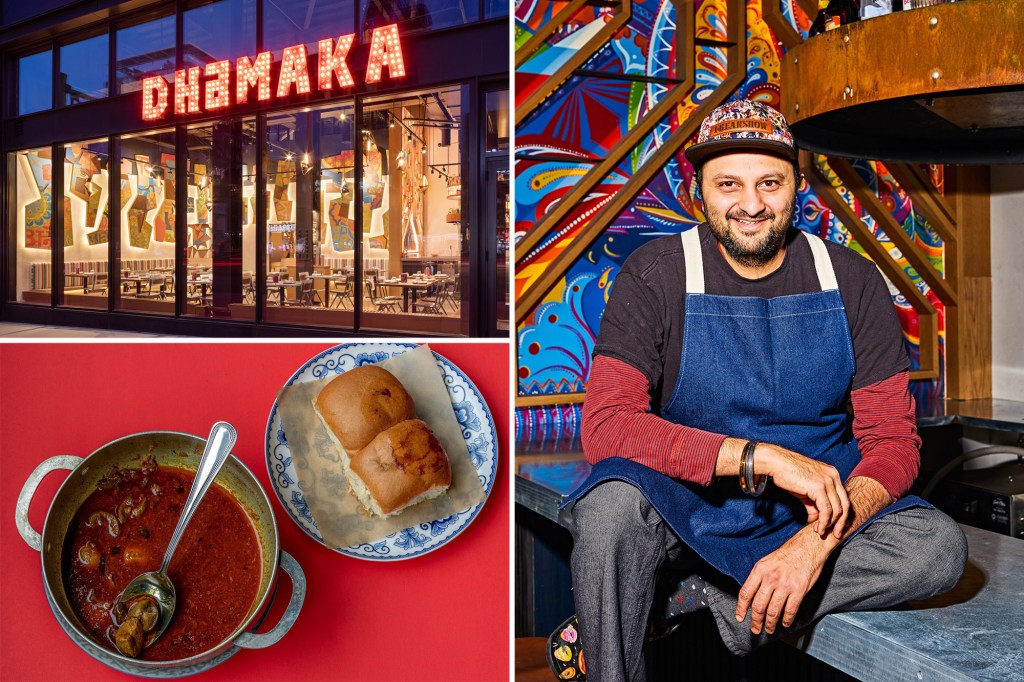 NYC’s Dhamaka lives up to the hype and booking scams

Most of the “hot” new restaurants tend to owe their buzz to bold clientele and clever publicists. But very few are hot simply because they are ridiculously wonderful. Take the eclectic Indian cafe Dhamaka, which is booming a year after opening to rave reviews and adoring crowds.

Dhamaka is the culinary gem of the Essex Crossing development on Delancey Street, which has many fine restaurants. But be warned, it’s hot – not only in popularity, but also for chef Chintan Pandya’s scorching dishes that aren’t for the mild chicken tikka masala clientele.

How popular is Dhamaka? There is an alleged waiting list of 1,500 names every night. It remains so difficult to book that it was a favorite of the now-disbanded #FreeRezy site, which offered friends of the founders reservations they stole from Resy.com until Resy shut it down , according to Eater New York.

The space at 119 Delancey Street, in front of a giant LED billboard, features a vivid abstract mural and a small bar inside, and colorful random accents in a sidewalk enclosure, a total of 74 seats . The chairs and benches are comfortable and the tables are spaced out to give everyone room to manoeuvre.

Dishes that mostly arrive in clay pots and cast iron bowls are multicolored cauldrons of surprises that sting the palate. There is no effort to duplicate the elegant presentations of Indian Accent or Junoon. Dhamaka’s “shameless Indian” dishes, as Pandya calls them, suggest rural backgrounds which he says inspired him.

We moaned over most of them. The Aussie prawns, served in their shells, were sweet enough that they didn’t need a garnish of garlic, ginger garlic mash, black peppercorns and green chillies. But their blended flavors lifted the six-inch-long creatures to fame.

The ragda patties made with white peas and green chilli managed to be both sweet and spicy, creamy and crunchy. Sparks flew upwards under the chicken pulao, carried by garam masala made from ground mace, cinnamon, dried chili and cardamom.

One of the few cold dishes, papdi chaat, reveals Padya’s gift for combining disparate elements so that each speaks for itself without overwhelming the others.

The only disappointment was the mutton served in a deep bowl with red chilli and a colossal head of garlic. I found the effort to extract the meat from the bone not really worth it for $36.

There’s only the one dessert on offer – a very hot baked small cheesecake made with Amul cheese and cheddar-like curds – and it’s wonderful. Just let it cool down a bit so you don’t burn your tongue.

The service is professional and polite for such an informal place. Friendly waiters know the menu well. Most notable of all for such a demanded location, Dhamaka never feels frantic or overly noisy. All the energy is where it should be – in these pots and bowls full of surprises.

Governor Larry Hogan – Official Website of the Governor of Maryland