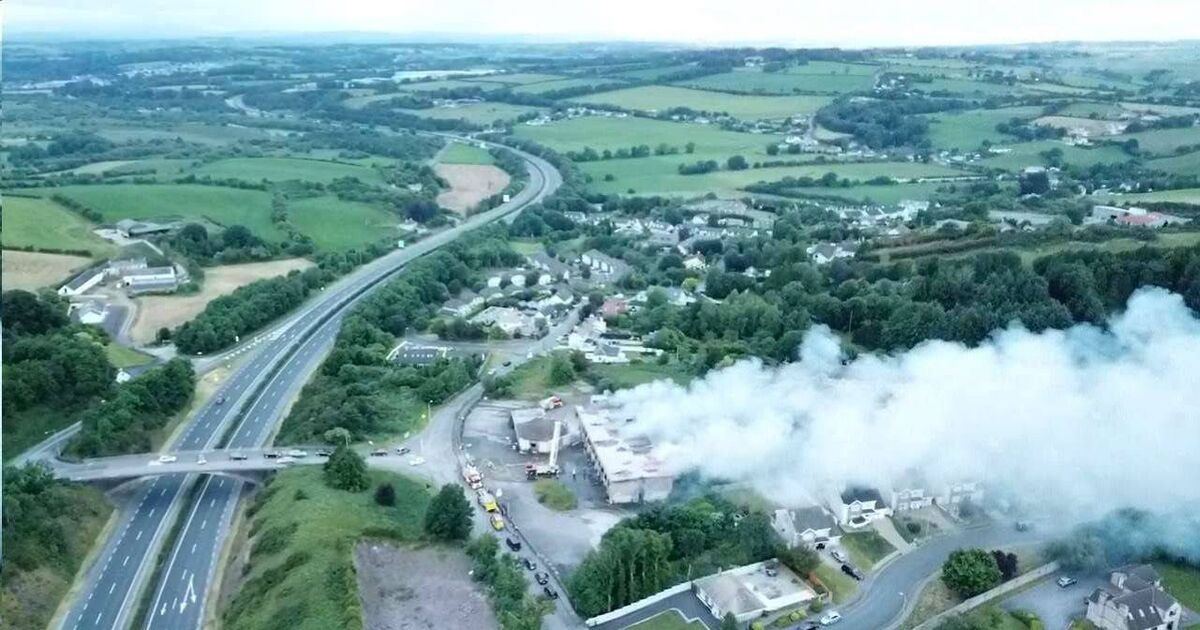 A derelict former bar and hotel, which was gutted in a suspected arson attack on the north outskirts of Cork City on the night of a bonfire, has been earmarked for demolition and redevelopment as a commercial development and mixed-use residential.

A planning application has been made to Cork City Council for the redevelopment of the former site of the Sunset Ridge Hotel in Killeen, near Blarney. The notice was published on Friday just hours after the fire tore through the building.

Several units of Cork City Fire Brigade spent several hours on Thursday evening tackling the blaze. Such was the scale of the blaze, firefighters advised residents living nearby to stay indoors and close their windows.

They managed to bring the fire under control, but not before it caused significant damage to the abandoned and condemned structure. The fire broke out almost a year to the day since another suspicious blaze caused extensive damage to the property, which ceased to function as a bar and hotel several years ago.

Conditional planning was granted by Cork County Council in 2011 to the former owners of the hotel for the demolition of the hotel building and other structures and for the construction of a mixed-use development, with a a number of retail and office units, a pub and restaurant, with 143 car parking spaces.

Ownership of the site has changed several times over the years, and following the extension of the city limits in 2019, the site was inspected by city officials, then officially declared abandoned and placed on the Abandoned Sites Register. last October.

Now a company called Oshawott Limited has signaled its intention to apply for planning permission for the demolition of the hotel and all associated structures, and for the construction of a two-storey commercial building, with a pharmacy downstairs. floor, medical consultation rooms and 43 residential units comprising four one-bed duplex apartments, 17 two-bed semi-detached units, two two-bed semi-detached units, 10 three-bed units at the end of the terrace and 10 three-bed units mid-terrace beds, in a range of heights from two to two and a half stories, as well as 67 parking spaces.

The application also includes new traffic calming measures, a new footpath and cycle path to L2785, two crosswalks, one of which was approved in a previous development application, and junction improvements .

Following questions from local independent Cllr Ken O’Flynn, the town hall confirmed that following the placement of the site on the abandoned sites register, a royalty invoice was issued at the end of March and sent to the owner’s representative.

However, it is understood that the town hall has not had any correspondence with the lawyers representing the owners since December 2021, when the council was informed that the site was sold subject to planning approval.