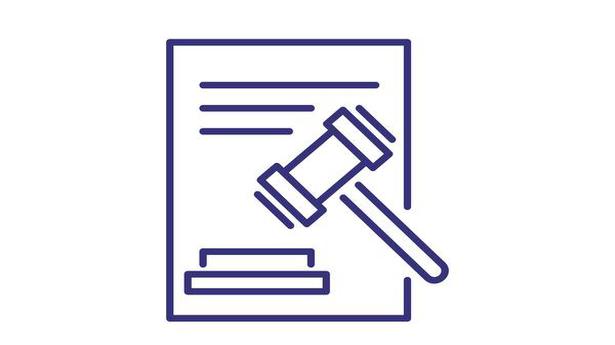 The recent Supreme Court order proposes an interpretation consistent with the ideals of equality, social justice

The recent decision by the Supreme Court of India on an all-India quota deserves special attention for a reason other than its impact on post-graduate medical admissions. This judgment has the potential to settle a long, heated and futile debate in our country: merits versus reservations. The order from the two-judge bench, comprising Justice DY Chandrachud and Justice AS Bopanna, puts an end to a popular misconception of merit while advancing an interpretation that is consistent with our constitutional ideals of equality and social justice. The judgment is expected to have far-reaching consequences for judicial orders, public policy and, hopefully, public discourse.

The government has recently decided to expand the existing reservations of Scheduled Castes and Scheduled Tribes in this category to also provide for OBC reservations. Written petitions had challenged this order on the grounds that the implementation of the OBC reservation would affect professional merit and result in reverse discrimination against candidates in the general category. Another set of brief motions challenged notification of the EWS reservation even as hearings on the 103rd Constitutional Amendment Act were underway. Another set of short queries had challenged the validity of ₹8 lakh as the income limit for EWS booking. The Court, considering the public health implications of the delay in medical admissions, upheld the notice of admission and scheduled the hearing on the validity of the ₹8 lakh limit for March.

The Court took this opportunity to address directly and at some length the issue of merit in relation to reservations (paragraphs 17-28). For a very long time, critics of affirmative action have argued that reservations violate merit. Proponents of the reservation too often concede this but argue that affirmative action serves other purposes such as social representation. This is where the judgment, written by Judge Chandrachud, breaks new ground. It builds on a long tradition of progressive case law on this issue, but takes it in a new direction.

The judgment begins by recalling and reaffirming the principle of substantive equality, rather than formal equality, which underlies our constitutional promise of equal opportunity. Based on the debates of the Constituent Assembly, the Court recalls that the intention of the authors was to remedy real structural barriers which prevented the achievement of equality of opportunity. The Court relies on landmark cases such as Kerala State vs NM Thomas, KC Vasanth Kumar (1985), and Indra Sawhney vs. Union of India (1992) to strongly reiterate that the provision of reservations in Article 16(4) of the Constitution is not an exception but an extension of the principle of equality set out in Article 16(1). Reservations are crucial to achieving the ambitious goal of genuine equality of opportunity and status among all citizens. “Reservation is one of the measures used to overcome these barriers. Individual difference may result from privilege, fortune or circumstances, but it cannot be used to deny the role of reserve in redressing the structural disadvantage suffered by certain groups” (paragraph 22).

Second, judgment helps to clarify the mechanisms by which social privilege operates. Judge Chinnappa Reddy in KC Vasanth Kumar v State of Karnataka (1985) had criticized the purely economic understanding of reservation claims by emphasizing the entrenched and rigid nature of the socio-cultural institution of caste.

This order notes Marc Galanter’s insight that resource accumulation processes impact examinee performance on exams. Advancing this understanding, it draws on the work of KV Shyamprasad to recognize, perhaps for the first time, the role of cultural capital. The order states: “Cultural capital ensures that a child is formed unconsciously by the family environment to access higher education or high positions commensurate with the status of his family. This disadvantages individuals who are first-generation learners and who come from communities whose traditional occupations do not result in the transmission of the skills needed to perform well on the open examination…” (paragraph 24) The judgment is also attentive to the exclusive implications of this process as meritocratic discourse legitimizes the consolidation “of family habitus, community ties and inherited skills”. In addition to “reaffirming social hierarchies,” this obsession with test scores “serves to denigrate the dignity of those who encounter obstacles to their advancement that are not of their making” (paragraphs 24-25).

Third, it exposes the social biases that masquerade as concerns about “administrative efficiency” and concerns about the dilution of merit. It recognizes the need to rectify harmful stereotypes about the skills of people from weaker sections.

Editorial | Reservation of right: on the judgment of the Supreme Court

It builds on the 2019 decision in BK Pavitra vs Karnataka State, also written by Justice Chandrchud, who said, “The benchmark for administrative efficiency is not a disembodied, abstract ideal measured by the performance of a qualified candidate in the open category. The effectiveness of administration in the affairs of the Union or a State must be defined in an inclusive sense, where the various segments of society find representation as a true aspiration to governance by and for the people.

Finally, the judgment gets to the heart of the matter and challenges exams as a measure of merit. He cites Ashwini Deshpande’s study which highlights a clear separation between what exams claim to measure and what they actually do. He elaborates by citing research by Satish Deshpande which shows that often what exams measure has an indirect and weak connection to the tasks the candidate is expected to perform. He argues that the prestige of entrance examinations and the unassailability of his standards of evaluation are a manufactured construct. Satish Deshpande calls these exams “traumatic bloodbaths” administered to jealously protect the social prestige of the professional class.

Thus, Deshpande concludes that if the examinations were to be less ruthless, their main social function of persuading “the great majority of aspirants to consent to their exclusion” would be thwarted. Building on this, the judgment holds that exams can only “reflect an individual’s current competence, but not the range of their potential, ability or excellence”. Foregrounding the importance of individual character, lived experiences and subsequent training, the judgment emphasizes that examinations are proprietary, albeit practical, methods of allocating resources and that our constitutional ideals should inform our careful assessment. of these processes (paragraph 25).

This critique of the common misconception about merit – the common sense of the upper-caste elite – can have far-reaching consequences.

Allegations of reverse discrimination by applicants in the non-reserved category should be justified under the substantive equality paradigm. This implies that a gross disparity in cutoff scores would not be interpreted in isolation from the structural inequalities perpetuated by a competition. This invites rigorous judicial review of the constitutionality of EWS reservations, as it overlooks the role of cultural capital for general category EWS applicants and sets the same income caps for OBCs and “creamy coat” EWS. In the political realm, this judgment paves the way for the design of examinations free of linguistic, class, school board and regional biases. Judge AK Rajan’s report on the NEETs, cited in this judgment, could be a potential model for democratizing access to higher education. Recognition of the social privileges that lie behind merit also reinforces the demand for a caste census that can document the dynamics of privilege accumulation and caution against oligarchic and conservative political demands for the Savarna Aayogs (or Commission for Non-Reserved Classes) and the Brahmin regimes that are multiplying across our country. The political landscape.

Is it too much to hope that this reasoning – written in the preferred language and style of our elite – coming from the highest court in the land would open the eyes of our upper caste opinion makers to the reality of inherited caste privileges? who mask as merit? Would it reshape the complacent and condescending lounge conversations about the “reserved category”?

Yogendra Yadav is one of the founders of Swaraj India and Jai Kisan Andolan. Prannv Dhawan is a final year student at the National Law School of India University, Bangalore