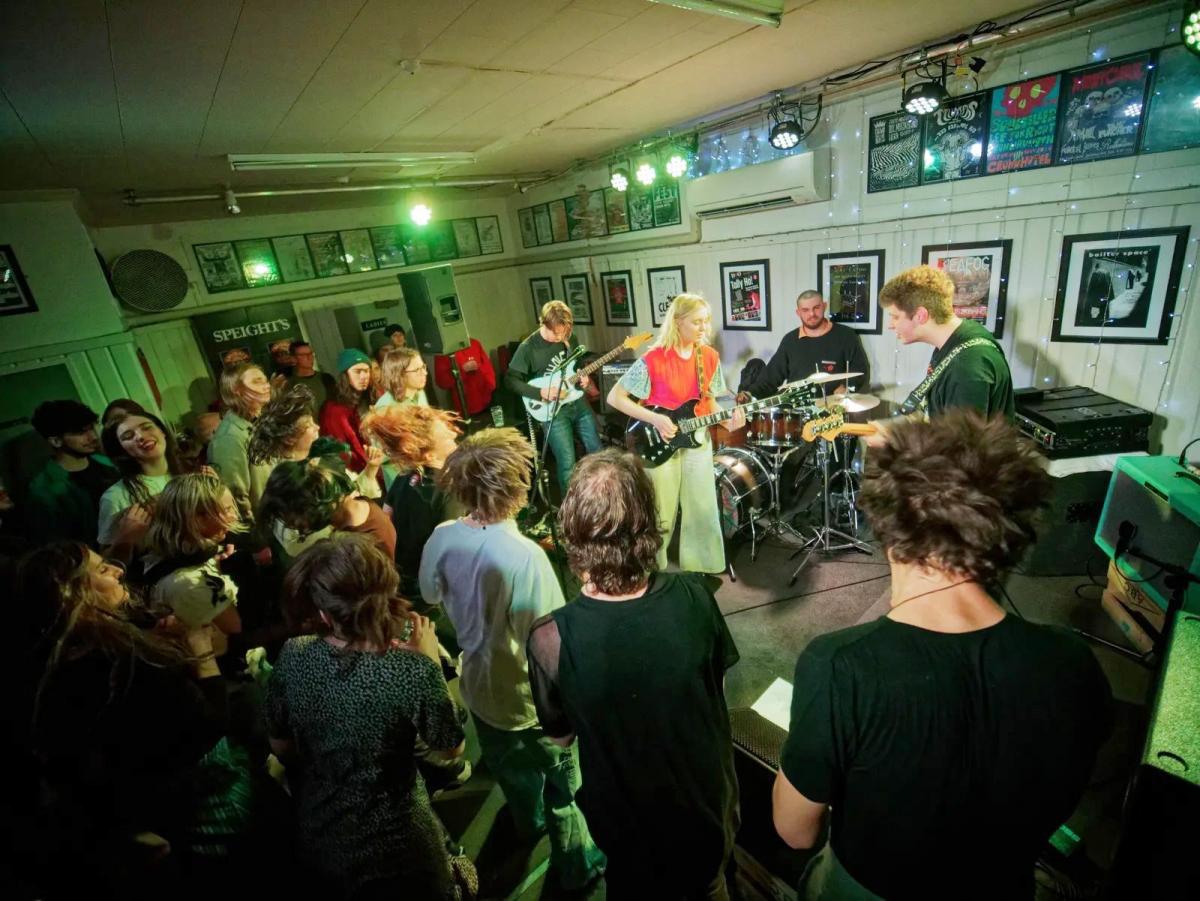 Music lovers have been called to action in the Octagon, to take a stand on protecting Dunedin’s live music scene.

Save Dunedin Live Music’s (SDLM) appeal is in response to Dunedin City Council’s (DCC) recent decision to grant resource consent to Rattray St for a four storey mixed use development which comprises apartments, next to the Crown Hotel – a popular live music venue.

SDLM spokesman David Bennett said the Crown was a cornerstone of the local music scene and was under threat from nearby development.

“Right now in Dunedin, developers can build residential apartments next to concert halls that have been established for decades without worrying about the potential impact on the venue.

“Soundproofing requirements are very modest and barely meet the standards of most modern cities, and lag far behind other music cities.

“Any noise complaints afterwards are the venue’s problem, even if the venue is operating within the noise limits imposed on them.”

Mr Bennett said the gathering in the Octagon on August 7 will have live bands and speakers, and he hopes this will encourage the DCC and developers to do all they can to protect the venue and others like it. here in the city.

“Without strong protections and proper planning, with an emphasis on supporting live music, the wave of real estate development in a growing city will over time erode the local music scene beyond repair.

“We are not going to sit back and let this happen.

“With so few sites left, we can’t afford to let this happen at all.”

Dunedin had promoted itself for years from the back of its music scene and the Dunedin Sound, he said.

“It’s time for the council to put its money in its mouth and make the changes needed to support its local venues and artists.”

He said SDLM wanted DCC to address urban planning issues, which should be in line with other music cities, and balance the needs of residential needs and arts and culture, including live music.

The group also wanted the DCC to continue its commitment to work on a music action plan in conjunction with the Dunedin music community.

“At the moment Dunedin is lagging behind other cities.

“We want options to deal with the threats to live music, on the table, at the next 2GP [2nd Generation District Plan] variation.

“We want the council to support live music as well as development by ensuring that neighborhoods in our city are centers of music, arts and culture from a planning perspective, with real protections.

“We need to make these changes. If we don’t, we risk losing the Crown, and with it, the unofficial home of popular music in Dunedin.”

Wild weather hits the top of the North Island