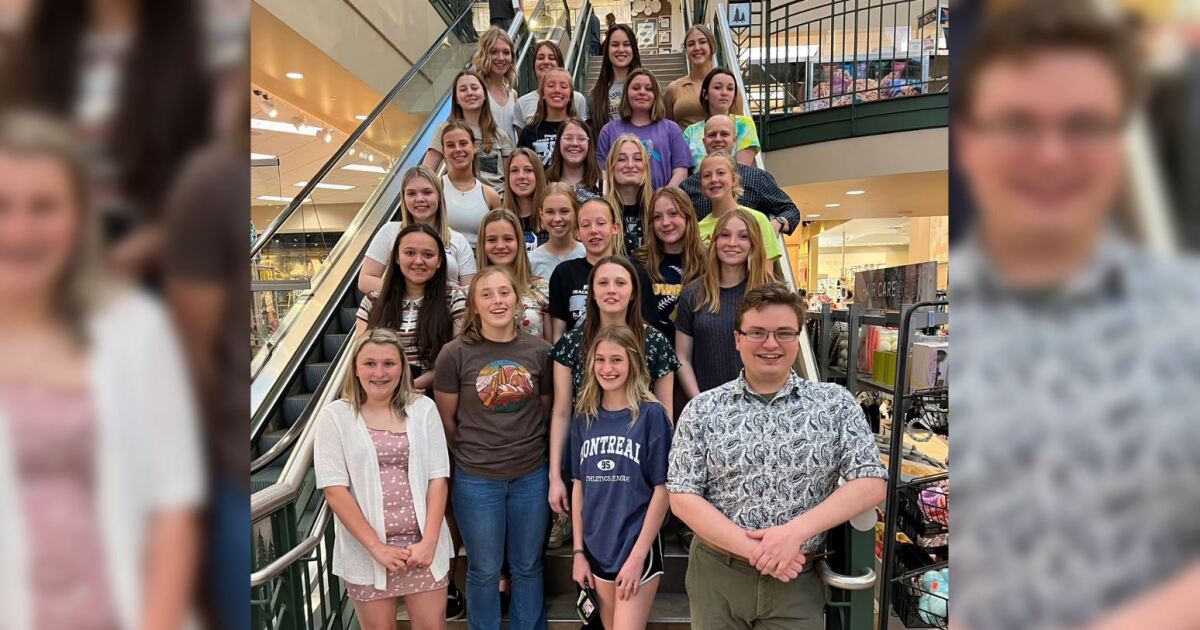 BILLINGS — 24 Miles City students found themselves in an uncomfortable situation over the weekend. They had traveled to Billings for the Eastern State Solo and Ensemble Festival to learn that their hotel rooms had been given away. Fortunately, Rocky Mountain College came to their rescue.

“I was very anxious throughout the day, asking each teacher for updates every five minutes on the rooms,” Claire Kuchynka, a junior at Custer County District High School.

Rooms had been reserved for the students at a hotel in Billings for Friday night, but these had been given away.

“What we were told was that they were overbooked by 20 rooms and the owner decided we were the ones who weren’t going to get the rooms,” said Mark Brown, choir director of the Custer County District High School.

These students had left Miles City at 4:45 a.m. to attend the music festival on Friday and had planned events for Saturday.

“If we had gone back to Miles City that night and had come back in the morning, I would have slept two, maybe three hours,” Kuchynka said.

So parents and staff got to work from Miles City.

“We were scrambling, looking for a place to house all 24 children on Friday night,” said Miles City Unified School District superintendent Meghan Brown.

The parents considered all options, but other hotels were already booked.

“My parents had called, stayed up very late the night before they called, to see if we could stay at the local youth center or in the basement of another building,” Chloe Sutter, senior at district high school of Custer County.

Finally, they found a solution.

“During the day I was getting updates, ‘Okay, we can stay at Rocky,'” Mark Brown said.

“Being able to give an experience to a prospective student, hopefully here or somewhere else, that they had a great experience on a college campus as part of the residential program, it’s really heartwarming,” said the director of services. RMC Auxiliary, Shaydean Saye.

Abigail Peterson, Director of Residence Life at RMC, was on hand to help students with anything they needed.

“I mean I’m just doing my job here, I’m happy to help these high school students because it’s important to have these experiences outside of the classroom,” Peterson said.

“We got 29 top awards, which is a big deal, especially after a year where no one has,” Mark Brown said.

These students will never forget the night they spent at Rocky Mountain College.