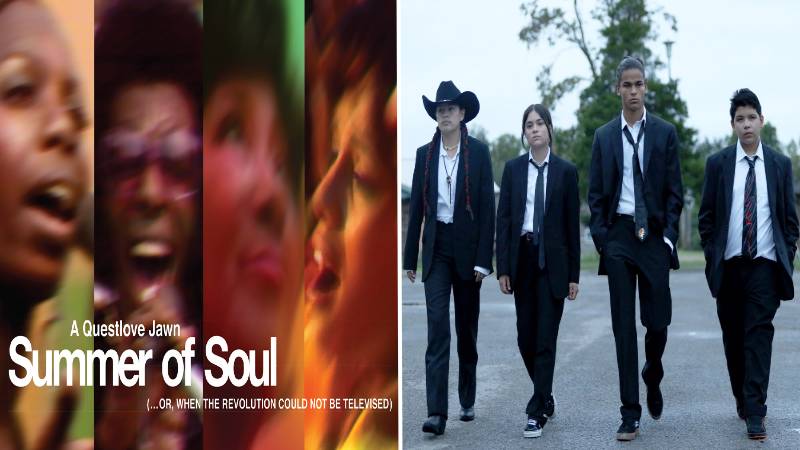 Hosted by Megan Mullally and Nick Offerman, the 37th annual Indie Spirits recognized the best in independently produced film and television, and is produced by the non-profit organization Film Independent.

Director Ahmir “Questlove” Thompson accepted the award, saying “I have to thank our editor Josh. We’re both sons of hip hop. When you’re a teenager listening to Public Enemy, the way their music is like ‘throw everything against the wall and see what the colors are’, we speak that language. There’s definitely a beat there that goes back to the era of the music we were listening to.

With recent accolades including the 2022 Hollywood Critics Association Awards and the IDA Documentary Awards, it’s looking very good for “Summer of Soul” to win the Oscar later this month.

The drama series tells the story of four native teenagers from rural Oklahoma who rob, steal and save their way to the exotic, mysterious and far-off land of California.

Accepting the awards, Harjo said, “It was just about having the opportunity to tell this story at the level that we did. Taika and Garrett made this possible at FX. I was a street guy. There’s no reason I even entered the lobby, but they took me across the lobby to a room where executives were with money. They lighted the show and let us do the show. They also trusted us and let us hire native writers and directors to tell the story. I’m more proud of what comes after that because of what we proved, that they gave us opportunities and we stepped up and did it.